Feel the history and vibrance of ancient ruins that are dazzling, brilliant, and still stand tall. If learning history and exploring archaeological sites fuels your soul & sparks your curiosity, a visit to Greece to meet the ancient Greek monuments is a must.

If your plan is to explore mainland Greece towards Athens after hopping in the islands, check out the most magnificent & iconic archaeological sites to visit. Your experience throughout Greece would be surreal. Each time you’d open your eyes, you will feel gratitude to be able to see such wonders.

When planning a visit to Greece, these remarkable ancient seaside Greek monuments should definitely be on your checklist.You can combine your sailing vacation with multiple destinations of ancient Greek monuments spread all around the islands and coastal areas. Each destination has incredible attractions worth exploring, sightseeing tours of ancient temples, monuments and medieval castles, and you can same time experience water activities during your sailing including sunbathing, swimming, snorkeling on the beaches.

We designed this itinerary to help you make the most of your time in Greece! It will ensure you feel like you’ve experienced an excellent taste of Greece!

So, let’s get started!

The Acropolis of Athens
Get an excellent taste of Greece that you will cherish for life. Although Athens is a deeply interesting and exciting city–but it’s not always a beautiful one. Sometimes its sprawled-out nature can make it a bit of an intimidating one. If you are a cultural buff you must start the voyage from the Acropolis of Athens which is built on precipitous and flat hill Acropolis of Athens - certainly the most famous among Greek acropolises.
Acropolis is the centerpiece of Athens and the most significant heritage of the classical period. Amidst the busy city, it stands proudly with it’s all stateliness reminding us that Athens was cradle of all civilizations. This fortified part of the ancient Greek city is built on a hill. In most cases, Athens' marinas will be the departure point of your voyage, it is an absolute must to visit Acropolis. Before you could start your journey, take time to explore the Acropolis of Athens, the main and most famous archaeological site in Greece. It is also called the Sacred Rock and stands at the highest point of Athens.
It is Europe's most important ancient monument which constructed using fine Pentelian marble during the 5th century. One of the main architectural icon is The Parthenon Temple which is the main building on the Acropolis. Even though most of the temples existed since Archaic times, the Acropolis was unique as it was the sole idea of Pericles - the famous statesman of the Classical Era. Other significant archaeological buildings include the Propylaea, the Temple of Athena Nike, and the Erechtheion. 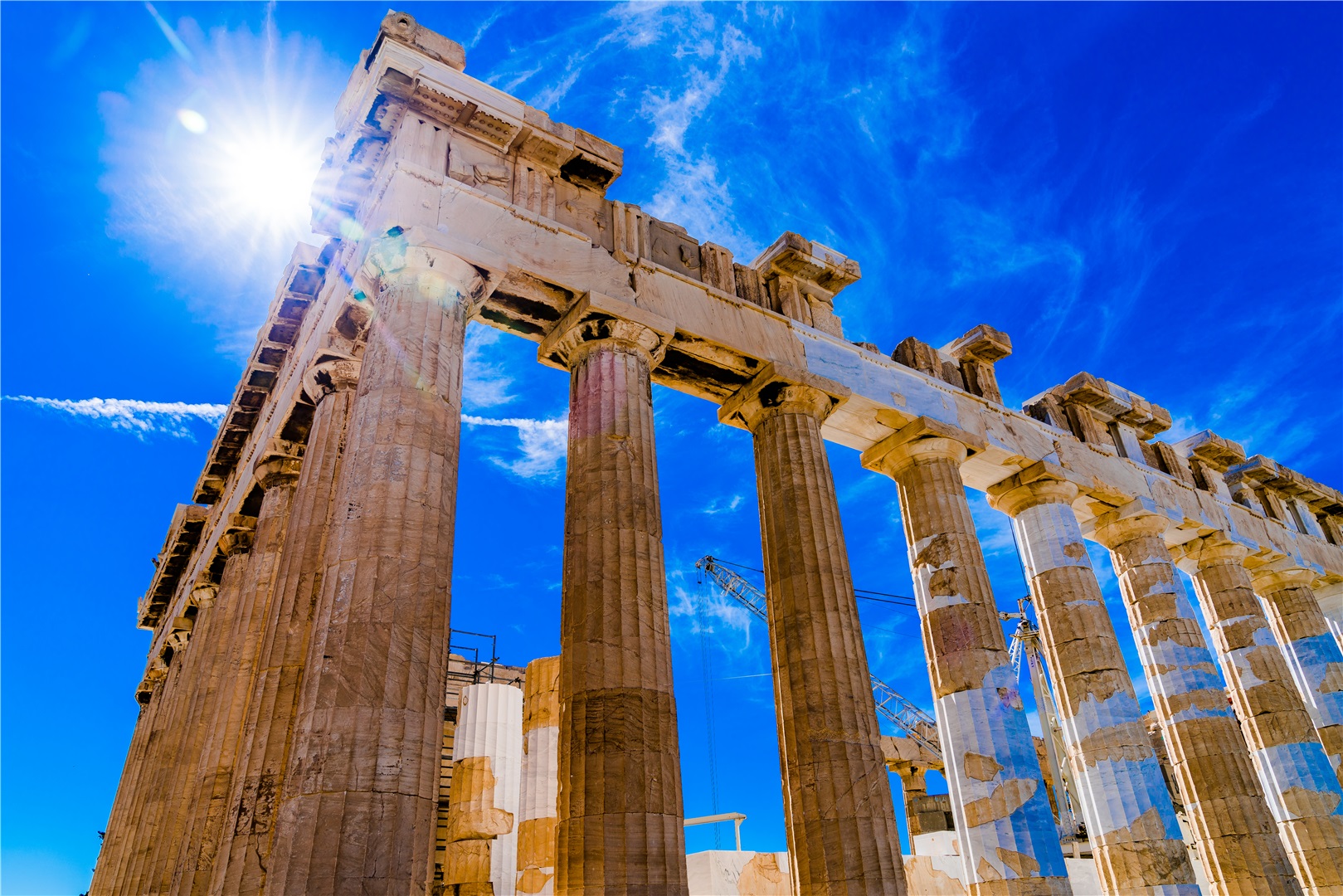 Grab your sunglasses, gear, and adventurous spirit & head to the Cape Sounio once you are in Greece. Sounio is a must-visit for so many reasons. Your time at the Cape Sounio is going to be fun-filled. As you sail to the Cape Sounio discover snorkeling, and swimming spots and have a great time with the team of skipper and host. Relax, have fun, and enjoy the scenic & breathtaking views from the luxury of your yacht and get that glowing tan you were dreaming of in the cold winter days.

As you sail through the magnificent sea at Athens Riviera the Temple of Poseidon appears at a height of almost 60 meters (200 ft). The Temple of Poseidon is an icon of the Golden Age of Athens. Standing proudly at the top of the hill, the majestic temple was built during 444–440 BC by the ascendancy of the Athenian statesman Pericles. The Parthenon in Athens was built during the same era. Poseidon is a doric temple that was built on the ruins of a temple dating from the Archaic period.

The Ancient Temple of Aphaia - Aegina

Sail from either Olympic Marina, or Alimons Maria to reach this quaint and quiet island filled with history and many iconic historical sites. One of the architectural wonders of ancient Greece is the Temple of Aphaia located in the Saronic Gulf a few hours sailing from Athens. It is built on a 160 m peak which is located at a distance of 13 km east by road from the main port.

The temple of Aphaia is the result of Aegina’s maritime growth and prosperity during the sixth & fifth centuries. Built during c. 500 BC over the remains of a sanctuary of c. 570 BC - the temple is dedicated to the goddess Aphaia where she is worshipped exclusively. The earlier sanctuary was destroyed by fire in c.510 BC, later the remains were buried to infill for the Ancient Temple of Aphaia. Therefore, the temple of Aphaia has buried fragments from the past, and today its beautiful sculpture witnesses the magnificent progress from Archaic to the early classical techniques 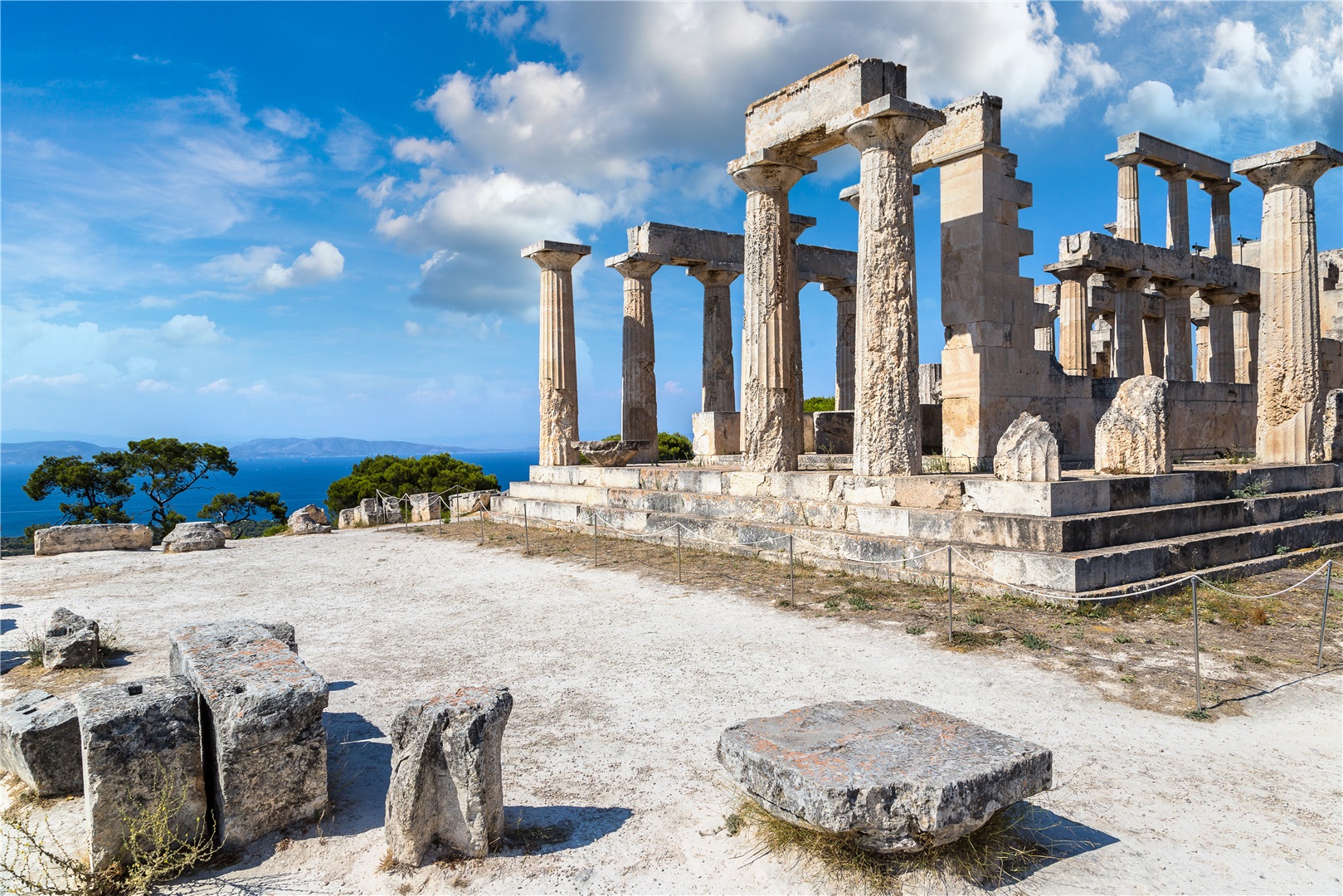 Just like most of the Saronic Gulf islands, Epidaurus is easily accessible from Athens. It is a perfect destination for shorter trips and ideal for less experienced sailors who prefer short distances and relatively mild winds as compared to other islands. Epidaurus is famous for the Ancient Theatre of Epidaurus which is a UNESCO World Heritage Site.

Epidaurus has also the temple of Asclepius - the healing god. Constructed in the 4th century BC, it emerged as a religious center, a healing center, and a sanctuary of Asclepius. It was believed that the healing directly came from god. People would sleep in a large room overnight and receive therapy from god during their dreams. Large festivals and athletic competitions were taken place in Ancient Stadium and the Theatre of Epidaurus to honor the god, Asclepius.
Epidaurus is located on the eastern side of the Peloponnese and is famous all over the Mediterranean Sea. The ancient theatre was made up of stone & marble. Famous for its amazing acoustics, it survives today as an icon of history. 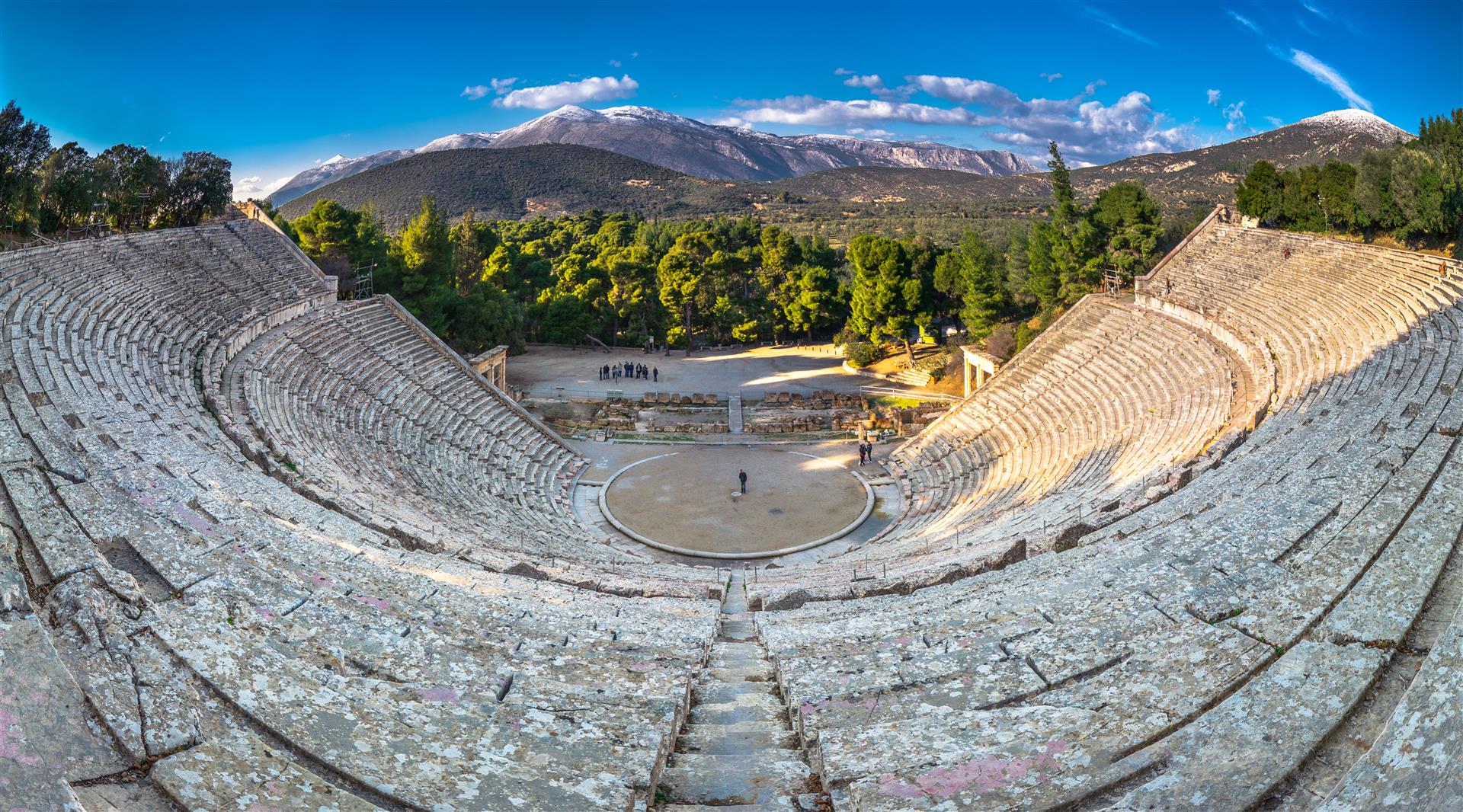 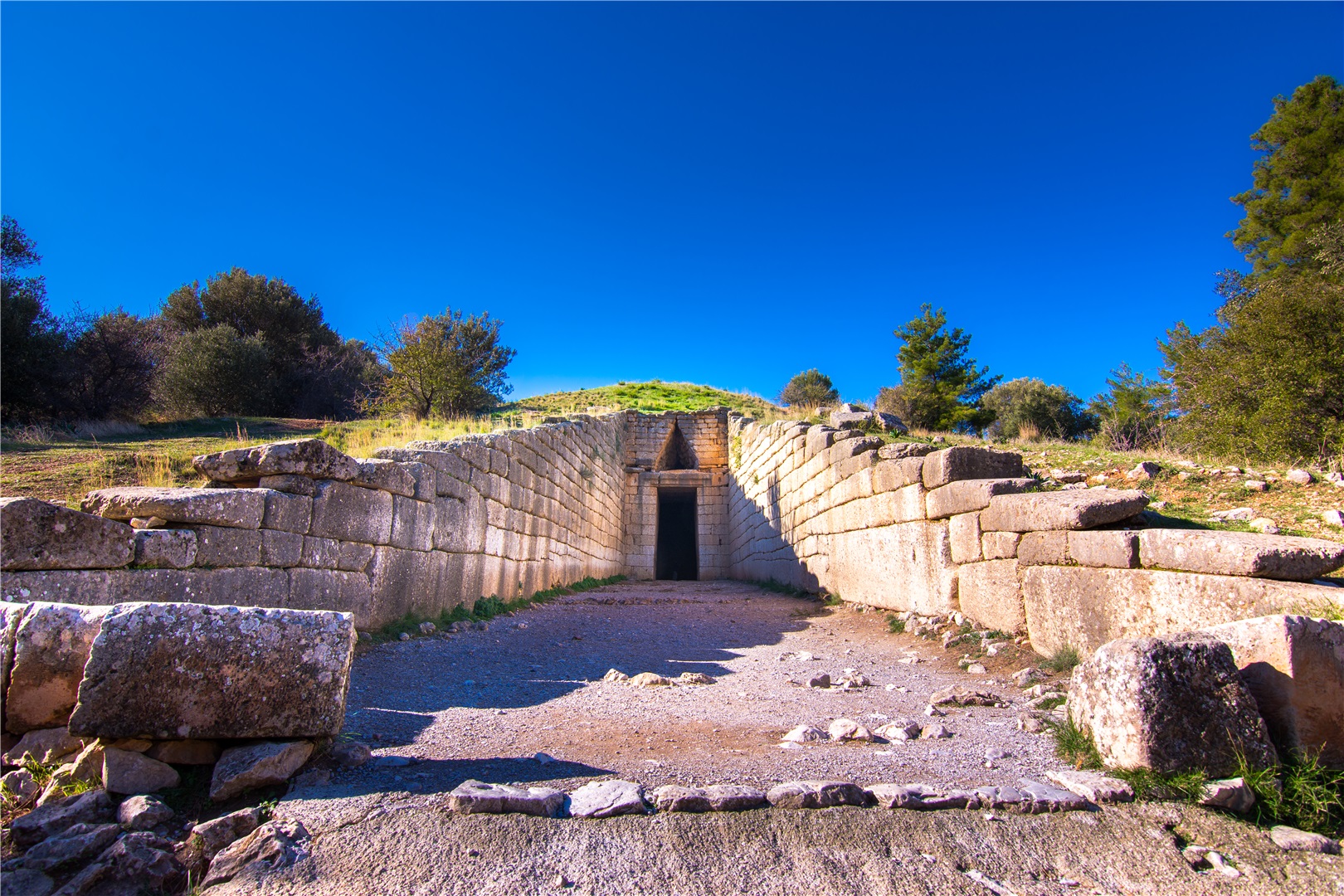 The Minoan Palace of Knossos
Suggested charter commencement : Crete or Monemvasia or Kalamata Marina
Sail around the Crete to experience life in the true sense! You will have the best days at Knossos followed by sheer fun at the waterpark & end up eating local delicatessens for dinner. Make sure you reach the destination ahead of time to avoid the heat and avoid crowds. Grab some cold water to avoid the heat, and walk along the palace to avoid the herd of people. Unlike all ruins, this archaeological site has meatier buildings, vibrant colors, and whole structures. The restoration of the site will help you easily envision how this place looked like during its heyday.

Minoan started flourishing at about 2,000 BC. The construction of impressive palaces, such as Knossos, Lato, Zakros, Phaestos, resulted in commercial, political, social prosperity, and trade with the rest of the Aegean. It even started establishing colonies, like Akrotiri in Santorini. Minos Kalokairinos discovered the Minoan Palace in 1878 and its restoration started in 1900. The exploration of the Minoan provided a wealth of knowledge of the Minoan Civilization to historians and culture lovers. 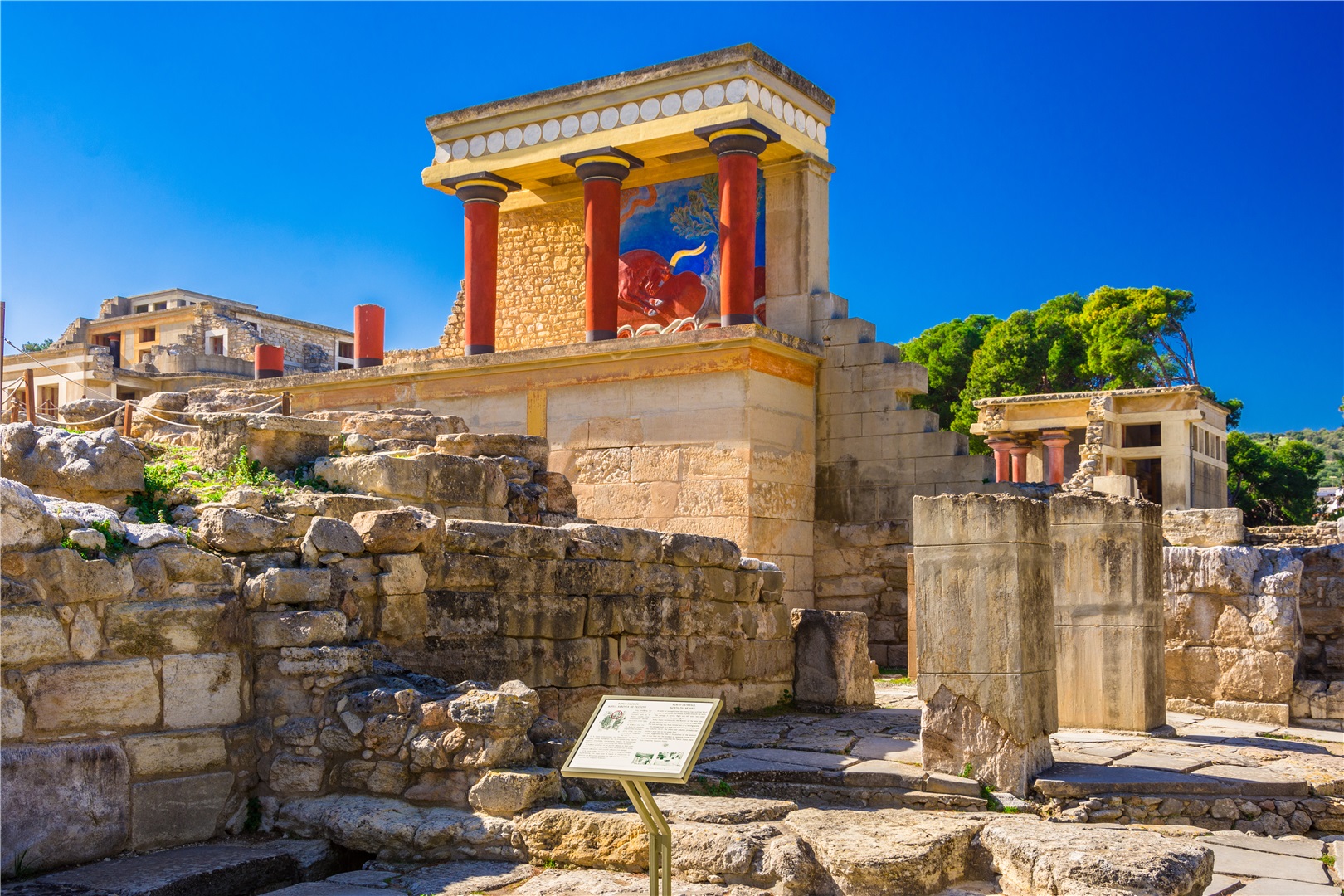